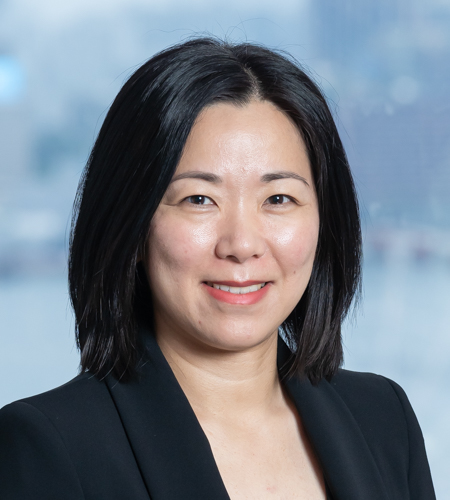 Ms. Mun specialises in domestic and international commercial and construction-related arbitration and litigation, particularly disputes with a cross-border or China element. Disputes involved include those arising from commercial contracts, joint venture contracts, cooperation agreements, construction and engineering contracts, sale and purchase of shares, finance and investment transactions, international sale and purchase of goods, telecommunications and heavy industry equipment and production lines, distributorships and enforcement of security.

Ms. Mun sits as arbitrator and is an accredited mediator. She is on the panels of arbitrators of various arbitration institutions including CIETAC, HKIAC and Shenzhen Court of International Arbitration (SCIA). She has arbitrated disputes as presiding arbitrator, sole arbitrator or co-arbitrator in HKIAC, CIETAC, ICC, SCIA and ad hoc arbitrations.

Ms. Mun is a solicitor advocate with rights of audience in higher courts. She has acted as expert in Hong Kong law for court and arbitration proceedings in Canada and Mainland China.

She is a Council member of the Hong Kong International Arbitration Centre and was a member of its Proceedings Committee.

Ms. Mun has written publications on arbitration and cross-border related topics and has been a contributing co-author of Chitty on Contract: Hong Kong Specific Contracts since 2008 and of The Hong Kong Arbitration Ordinance: Commentary and Annotations since 2011. She was also a part-time law tutor for the Department of Law,UniversityofHong Kong.

Ms. Mun is a China-Appointed Attesting Officer appointed by the Ministry of Justice of the PRC. She is currently a member of the Board of Review (Inland Review Ordinance), an adjudicator of the Registration of Persons Tribunal (Registration of Persons Ordinance) and a panel member of the Municipal Services Appeals Board. She is also a committee member of The Law Society of Hong Kong's Standing Committee on Standards and Development, Arbitration Committee, Greater China Legal Affairs Committee and RME Accreditation Sub-Committee.

Ms. Mun is a law graduate from University of Hong Kong (LLB), University of Oxford (BCL) andTsinghuaUniversity(2nd LLB). She is dual qualified as a solicitor in Hong Kong (1998) andEngland&Wales(2000). Before joining our firm in September 2015, Ms. Mun had worked at multi-jurisdictional and international law firms (Johnson Stokes & Master from 1996, Baker & McKenzie from 2002 and Bird & Bird from 2012) for more than 19 years.

Ms. Mun is fluent in English, Cantonese and Putonghua.